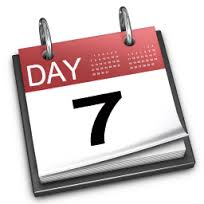 Friday’s session wasn’t scheduled because the Roar was playing home and I was going to watch it live. However since I had a bigger squad (including players that could set up my back line + #6) and would have a game on the next day, I decided to antecipate the session in 30 min, which would give me 1h to work. This would allow me to tailor once again the shaping of my backline.

Unfortunately in the first 25 min of the session I only had my habitual 6 players, not including the 2 center backs I would line up Saturday so I just did a passing\crossing\finishing drill until they finally arrived.

Since It was a shorter session all I did was start the positioning activity straight away. It still amazes my how many little details come up even in a simple session like that. The amount of specific knowledge a coach needs to have is really enormous and I respect more and more the top coaches who are able to approach so many variables with quality.

One really important thing is to narrow as much as possible the objective of the session. Or at least of a given activity. It’s easy to be coaching the defenders and start coaching the attackers (because you’ll obviously see mistakes on the attack as well). It’s part of the coaching instinct to coach everything we see but we must control it for the sake of the session’s flow and effectiveness.

I’ll forgive myself because I did have to help my attackers since they’d have a game on the next day. I talked to my players about the third man runs and wall passes, some of the combo options we have on the front third in a positional attack. And again, this is just the tip of the iceberg: positional attacks on the front third. When it comes to transitions the amount of variables is even bigger.

And that was it. Before I realized I was ready to go to Suncorp to see the Roar get smashed by a very elegant Adelaide United.