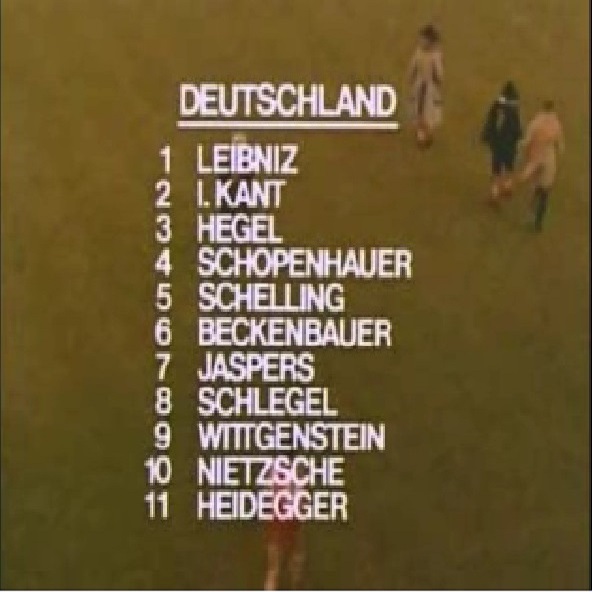 One of the most important attributes a coach must have is a clear philosophy. A vision of football that will serve as a guide for his\her work. Using Football Australia’s “The Coaching Process” words: “The coach has to be able to say ‘I am aware of the many different ways of playing football, but THIS is how I believe it should be played. I have a philosophy on football, and a vision for bringing it to life.’

The football philosophy is a product of many variables:
– Cultural Background: The way football is played in England or Brazil or Argentina is so different not by chance. It’s a byproduct of people’s personality. There will be differences between continents, countries, states, cities, neighborhoods and even schools or streets of the same city.
– Personality: The personality of an individual, their system of beliefs, influence of the family will all influence their football philosophy.
– Football Experience: All the experiences the person has with football: Playing, players one has worked with, coaches one played under, matches watched, videogames played, books read, courses.

I have to admit that my vision of football changed dramatically not long ago after I restarted studying football and reading about Pep Guardiola’s vision. I was hugely influenced as a player by the way football was played in the 90’s in Brazil (and in most of the world): Defensive, physical, with lapses of creativity. The fact that I was a center back didn’t help me develop an attacking philosophy of football.

That dichotomy has always been present in football since it’s invention, culminating in the rivalry between José Mourinho, the pragmatic, defensive and counter-attacker, and Guardiola, the offensive, inventive, crazy about possession coach. Technically there’s nothing wrong with both. Both can win matches and even championships. Greece has won an European Cup with a pragmatic approach. And everyone has watched games where teams have been massacred for 90 minutes and scored in won scoring on a single counter-attack.

However, my football philosophy now is the complete opposite. Football should be offensive, possession-based and based on creativity, magic, invention. The first reason is because we want to have an interesting sport. We wanted packed arenas. Football fanatics will always follow football, no matter what style is played. But what about the average people who just like football but aren’t completely crazy about it? What will make them pay a ticket to go to the stadium? It’s the magic, the surprise, the invention of the greatest players. One single player is able to pack a stadium or increase TV audience.

The second reason is pragmatic. Proactive, possession-keepers, attacking teams will win more matches. One of the reasons football is the most popular sport is because any team can win any given game, but attacking teams will win more often. Also, a defensive team will struggle whenever it falls behind in the scoreboard. They won’t have the resources to react. Attacking teams will never panic when losing because they’re comfortable on the ball. They’re used to create scoring chances. What is better? To be in control? Or to be controled by your opponent? I guess it’s obvious.

What happens if every team decides to attack and have possession? Obviously there’s just one ball! That day will never come, but when two teams with the same philosophy clash it will come down to who has the best players, which makes the whole thing even more interesting. When Alex Ferguson’s Manchester United faced Barcelona in the Champion’s League Finals of 2009 and 2011 the great scottish coach decided to abandon the defensive approach adopted to beat the spanish team in the semi-finals in 2008. They decided to play Manchester United way. They wanted to attack, win the match instead of not losing it. According to Ferguson’s words, in 2008 they won but defending deep inside the box was a torture for him and his supporters. Maybe if he didn’t win the Cup in 2008 he would adopt a more conservative Mourinho-Like approach, but they didn’t, they lost. Because they were facing the likes of Iniesta, Xavi, Villa, Piqué and obviously Messi, some of the best players to have ever played the game.

So this is what I’ll do. I’ll attack. And keep the ball. You can come and try to steal it from me.